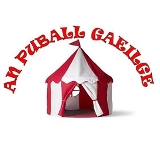 
Festival goers returned their wellies safely to the wardrobe after this year’s festival season drew to a close with Electric Picnic, which took place from 2–4 September in Stradbally in County Laois.


Although An Puball Gaeilge (the Irish language tent) wasn’t part of this year’s Electric Picnic, some fantastic Irish language events took place on the MindField stages, including An Cabaret Craiceáilte on Saturday evening. This event was organised as usual by RTÉ Raidió na Gaeltachta’s Rónán Mac Aodha Bhuí and featured many different types of music from performers such as Henrietta Game, The Dirty 9s and Ciarán Ó Maonaigh.


Renowned dancer Sibéal Davitt, who will teach a sean-nós dancing workshop in Gaelchultúr as part of Culture Night this month, was also on stage at this year’s festival. Fíbín, the Irish language puppet theatre company, presented another fantastic show, Finscéal Fíbín, and Manchán Magan (No Béarla) was there with his show Bás Tongue.


“There was great craic at the festival,” said Gearóid Ó Mórdha to Nuachtlitir Ghaelchultúir. “It was really very good, but I suppose it was hard to attract people. It would be much better to have An Puball Gaeilge there and have it there all the time.”


Talking to Nuachtlitir Ghaelchultúir, Rónán Mac Aodha Bhuí described the atmosphere at the Cabaret Craiceáilte at Electric Picnic this year:


Dónal Ó Donnabháin, one of the organisers of the Irish language events at Electric Picnic, explained to Nuachtlitir Ghaelchultúir why An Puball Gaeilge wasn’t part of the 2011 event:


“The whole MindField area was restructured this year and it was decided that the events would be shared between all the stages in MindField. It was not a negative thing, but an opportunity to run Irish language events on various stages. There was a great atmosphere at all the events this year.


“We’re always very grateful to Electric Picnic, John Reynolds, MindField and Naoise Nunn for their support of the Irish language. Electric Picnic has no obligation to run Irish language events. A review is done every year – the things that worked and didn’t work are discussed and this will be done again at the beginning of 2012.”


The festival might be just over, but many people are already looking forward to the next one. And, who knows, maybe An Puball Gaeilge will make a return in 2012!