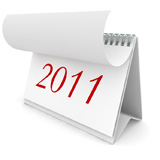 
Events being run by Gaelchultúr:


• Intensive Preparatory Course in Written Irish
This part-time course is aimed at those who wish to apply for a post-graduate course in Irish but who feel that they don't have the required standard in the language. It will also suit those working through the medium of Irish on a daily basis who wish to improve their written skills and grammar. Most of the course will be conducted online but classroom sessions will also be organised. Participants will have the option of attending these sessions in Dublin city centre or in Údarás na Gaeltachta's headquarters in Na Forbacha, Co. Galway.
More information ...
Deadline for applications (Galway): Monday, 12 September 2011
Deadline for applications (Dublin): Wednesday, 14 September 2011
Start date (Galway): Thursday, 15 September 2011
Start date (Dublin): Saturday, 17 September 2011


• Intensive Preparatory Course for the Postgraduate Diploma in Education (Primary Teaching) Interview
Gaelchultúr regularly organises intensive preparatory courses for the Postgraduate Diploma in Education (Primary Teaching) interviews. The course concentrates on the main topics of conversation that arise in the interview and participants are given an opportunity to improve their speaking skills, add to their vocabulary and participate in a mock interview at the end of the course. The next course will be held on Saturday, 15 October, in Gaelchultúr's headquarters in Temple Bar, Dublin 2.
More information ...
Course date: Saturday, 15 October 2011


• Blas – a series of Irish language films
City Arts is presenting a night of short films in Irish as part of the Blas Film Series on Tuesday, 13 September 2011. Four short films will be screened: An Leabhar, Iníon an Fhiaclóra, Lipservice and Gaiscithe Spáis. Each film is 15-20 minutes long and a wine reception takes place after the screening. English subtitles are provided with each film.
Admission: €5 per person, including a free glass of wine
More information ...
Bookings: blas@cityarts.ie / (01) 902 2417
Time and date: 7.30 p.m., Tuesday, 13 September 2011
Venue: City Arts, Bachelors Walk, Dublin 1


• Ragairne i Raghnallach (as part of RanelaghFest 2011)
There'll be a big welcome for the Irish language community in Ranelagh during the local festival RanelaghFest, which will take place between 11–18 September. The Irish language and traditional music have an important role in the cultural life of the village and both will be celebrated at the Ragairne/Revelling in Ranelagh concert, which will be held in Sandford Park Hall, on Friday, 16 September. Musicians taking part in the concert will include The Bonnymen, The Luas Connection, Jack Plunkett and Geoff Ward. Enda Ó Catháin will be performing sean-nós dancing and Ray Mac Mánais and Gearóid Ó Mordha will perform their merry lúibíní (a traditional type of humorous song, accompanied by a traditional air and sung by two people, which pokes fun at an aspect of modern life). Aodh Ó Domhnaill will be the Master of Ceremonies.
Admission: €10/€7 at the door
More information ...
Contact: Maureen Rowan, (087) 245 7719
Time and date: 8.30 p.m., Friday, 16 September 2011
Venue: Sandford Park Hall, Ranelagh, Dublin 6


• Steeple Sessions
A series of concerts titled The Steeple Sessions is being held in the Unitarian Church on Stephen's Green, Dublin 2, every Tuesday and Thursday evening throughout this month. Different guests will perform each week, including musicians, dancers and singers.
More information ...
Dates of the concerts: Every Tuesday and Thursday evening throughout September