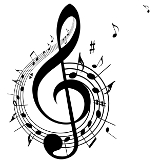 Song of the month


“Song of the month” aims to encourage the readers of this newsletter to learn songs in Irish and sing them themselves. The lyrics of each song are provided, along with a translation into English and a link to a video of the song on YouTube.


This month’s song is “Casadh an tSúgáin” (“The Twisting of the Rope”), a song that is being much spoken of at the moment because of Iarla Ó Lionáird's beautiful version of it in the film Brooklyn (2015). The version we have for you is by The Bothy Band, and it was recorded live in the 1970s. It’s available on the album After Hours (Live in Paris) (1979).


The story behind this song is that of a man who is in love with a young woman who is living with her mother. The man comes to visit them in the house one day, and the mother wants to get rid of him. She puts him ‘ag casadh an tsúgáin’, that is, twisting a straw rope. To do this, he must walk backwards, and he walks and walks until he is outside of the house and the mother closes the door on him. You can listen to Joe Heaney telling this story here.