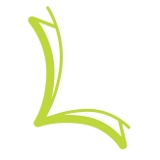 
A brand new ClubLeabhar.com series has just begun and we’ll be focusing on four different works as our Book of the Month between now and December. In this series we will be discussing four novels – newly written works and translations – in which there is history, mystery, heroism and magic. We certainly have a compelling mixture of books to keep you reading and discussing for another while.


The ClubLeabhar.com project is run by Gaelchultúr and funding is provided by Clár na Leabhar Gaeilge (Foras na Gaeilge). Since ClubLeabhar.com was established in late 2009 its aim has been to encourage people, both in Ireland and around the world, to read Irish language books. Individuals can become members of this online book club but we also want to encourage the members to get together in various locations, both in Ireland and elsewhere, to discuss the books featured on the site.


Each month, club members have access to English translations of the most difficult words and phrases contained in that month’s book and they have an opportunity to express their opinions of the work on the site’s forum. On top of that, a review podcast is made available each month, containing a lively, entertaining discussion of the Book of the Month, and sample questions are published on the forum to encourage discussion.


This year once again, www.siopa.ie is offering a special 10% discount to readers wishing to buy all four books chosen by ClubLeabhar.com for the September-December period. Click here to avail of this offer.

The autumn series begins with Realtán Ní Leannáin’s Cití na gCártaí. At the outbreak of the First World War, a young Maltese woman – Katarina – has her world turned upside down. She enters into an arranged marriage with Tomás, an Irish solider in the British army. Tomás is a native of Belfast stationed in Malta, dreaming of a united Ireland as Redmond promised.


We follow Kati’s story from 1917, when the hordes of injured flocked to Malta in the aftermath of the Gallipoli slaughter, to 1921 when she lands in Belfast, a city still in the grip of empire. An insightful depiction of women’s lives. This is Réaltán Ní Leannáin‘s first novel.


Tairngreacht by Proinsias Mac a Bhaird

Conchúr Ó Braonáin’s life is turned completely upside down when he comes across a terrible murder at the tombs of O’Neill and O’Donnell in Rome. Before long, his own life is in danger. It is clear, however, that it isn’t only Conchúr who is in danger and that there is a conspiracy at work that would strip the Pope of his power and put an end to the Catholic Church.


If Conchúr is to survive, he will have to face a dark sect that is rooted in early Christianity. But is this the real enemy? If he doesn’t solve the mystery in time, the terrible prophecy that was made 1500 years ago will come true; a phrophecy that would change the world forever.

Fonn A Níos Fiach is a novella, based on folklore from Dúiche Sheoigheach. Out of his own works, this is the author’s favourite.

This is a tense, emotive telling, with the sense of wilderness throughout. It would remind you of The Old Man and the Sea by Hemingway, but in this case it was hunger and the famine, and not heroism, that drove this man to hunt.

Nobody has seen Willy Wonka - or inside his amazing chocolate factory - for years. When he announces plans to invite the winners of five Golden Tickets hidden inside the wrappers of chocolate bars to visit his factory, the whole world is after those tickets!

Charlie and the Chocolate Factory is perhaps Roald Dahl’s best-known story. The story of Charlie Bucket, the five Golden Tickets, the Oompa-Loompas and the amazing Mr Willy Wonka has become firmly embedded in our culture since it was first published in 1964. Conservative estimates suggest the original book has sold over 20 million copies worldwide; it is now available in 55 languages.


We’re always delighted to hear your opinions on the current series of books, on the review podcasts or on literature in general on the ClubLeabhar.com forum. There’s no need to worry about your grammar or standard of Irish. And, if you have any suggestions regarding the site, please let us know!