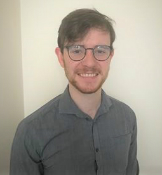 Get to know our teachers: Philip Mac an Ghoill

Tell us about yourself.
I am from originally from Donegal; my three sisters and I were raised just outside Ardara in the southwest of the county. Even though we were officially within the Gaeltacht region, very little Irish is spoken there anymore and, even though our mother is a native speaker, we were not raised with Irish ourselves. Nevertheless, we were steeped in Gaelic culture from a young age - I played with the Ardara GAA for some time in my youth and all of my sisters did Irish dancing. We were also sent to piano lessons, and this sparked in me a great passion for music. I went to St. Columba’s Comprehensive school, in Glenties, Co. Dongeal, and during my time at that excellent school, my interest in music and also in languages grew, especially towards end of the Leaving Cert.


After secondary school, I managed to get a place in the TSM (Two Subject Moderatorship) course with Music and Modern Irish in Trinity College Dublin. I spent four years there studying many different aspects of classical music as well as improving my spoken and written skills in the Irish language. In 2017, when I finished my undergraduate degree, I had the wonderful opportunity to undertake doctoral research with the Department of Irish in Trinity, working on editing and producing English translations of texts from the Classical Modern Irish period (1200–1650), and carrying out a detailed study on them. I am still working on this at the minute and I am also teaching as part of the team in the Department of Irish.

How did you initially start teaching adults?
The first time I ever taught a class, I was going into the third year of my undergraduate degree in 2015. The department asked me to develop a curriculum and to teach a class dealing with dialects, the kind of Irish spoken in Donegal especially. I was teaching a small group of adults, three of four in all, and it was really a great place to start as a young teacher to get accustomed to standing up in front of a group and teaching a class. I’ll ever forget how my hands were shaking going into that first class!


In 2017, I began teaching Elementary Irish in Trinity, a course directed at students here on Erasmus from other countries and who want to learn Irish from scratch. Again, I had the chance to develop my own curriculum, and I really learned a lot from that process. It was a larger group that I had in these classes, around ten in total.


So, when I started teaching with Gaelchultúr in 2018, I had a good bit of experience already, but I still feel like I am constantly learning and adding to my skills as a teacher. I thoroughly enjoy every class that I teach and they give me the wonderful opportunity to meet with many new and interesting people who share the same interest in the Irish language. I usually teach Level B2 with Gaelchultúr, and so the students generally have a good grasp of the language before starting the course.

What do you do when you’re not teaching Irish?
The main thing that I’m working on at the minute is my doctoral research. I spend between 16 and 20 hours per week at my desk in Phoenix House on Leinster Street South working on the texts I have chosen for the PhD. I do believe, however, that it’s important to find the right balance between studies and exercise, and I make an effort to spend an hour at the gym at least four times a week.


I also have another job at the National College of Ireland, in the Commercial Office, where I work part-time helping the staff with the upkeep of the residential campus. I am actually living on-campus there, and the hours I spend working in the office give me relief from the terrible rent prices usually facing students in Dublin these days.

What do you do in your free time?
Between work and study, I’m afraid I don’t have much free time at the minute. I have a great interest in languages, not just Irish, and so I spend a lot of my free time practicing the other languages I’m learning — for fun more than anything else! My partner is from Brazil, and we speak a mix of English and Portuguese together. I often watch Portuguese films and series, and I try reading books as well to help build my vocabulary. I also have an interest in the other Celtic languages, and I have been learning Welsh by spending about half an hour every evening on the Duolingo app, which it terrific for complete beginners like myself!

What are your plans for the coming months?
I’m going into the final year of my doctorate this year, and so I am expecting to be very busy between now and next August when I’ll have to submit my thesis. I have to start thinking now about where I will be in the future, especially what kind of job I want. I’m seriously considering a career in translation, rather than continuing on in academia. So I’m considering starting a part-time course in translation with Gaelchultúr to see if a job in that field would suit me. It would also give me the chance to improve my own Irish. Hopefully, this time next year I will have my PhD, and I’m looking forward to taking a proper break from studies and work, though I’ll probably continue teaching.


After that, I will have some decisions to make about the future, as many others my age also have to do; where to go, and what career to pursue. I’m not too worried about that just yet though. As my mother would say to us, time will tell!