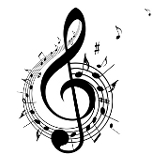 Song of the month: Inis Oírr


“Song of the month” aims to encourage the readers of this newsletter to learn songs in Irish and sing them themselves. The lyrics of each song are provided, along with a translation into English and a link to a video of the song on YouTube.


The song we have for you this month is “Inis Oírr”, sung by Lasairfhíona Ní Chonaola, who is from the island of Inis Oírr herself. This song can be found on the album An Raicín Álainn, which was released in 2002. The tune was originally composed in the 1970s by Dublin accordion player Thomas Walsh and the lyrics were later added by Lasairfhíona, based on the poem “On Inisheer” by Ethna Carbery (1866-1902).