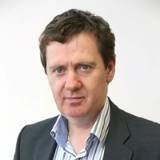 Get to know our lecturers: Éamonn Ó Dónaill

Tell us about yourself.
I come from the townland of Cnoc an Stollaire in the Donegal Gaeltacht of Gaoth Dobhair. I was brought up with Irish and spoke very little English until I was about eight years old. I remember learning the Beatles’ ‘Yellow Submarine’ when I was three years old – I could sing the lyrics but I didn’t understand a single word!


I had an Irish teacher in Pobalscoil Ghaoth Dobhair, Cathal Ó Baoill, whose knowledge of the language was really impressive and he was also very taken with the grammar of Irish. The other students in the class used to constantly complain about his emphasis on grammatical rules but I was very happy with his classes and with his traditional approach to teaching. If it wasn’t for him, I’m pretty sure I wouldn't be as enthusiastic about grammar as I am now! 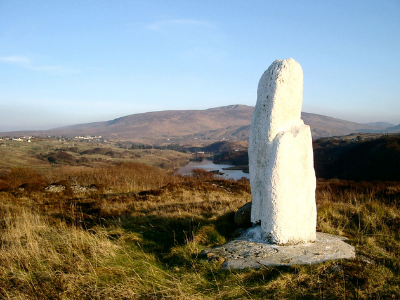 After the Leaving Cert in 1981, I went to St. Patrick’s College in Maynooth (or Maynooth University as that institution is now called) to do a degree in Irish. At the beginning of the first semester, in October 1981, the person who was supposed to teach Ulster Irish left the college (she got a job in a secondary school) and the Professor of Irish, Fr Pádraig Ó Fiannachta, asked me to teach first, second and third year language laboratory classes. I was not the least bit interested in doing that work because I considered myself too young and I had no classroom experience.


The teaching approach used in third level colleges was very old-fashioned at the time and in Maynooth the emphasis was on technology (i.e. the language laboratory) rather than the language itself. I’ll never forget the first class I taught – the theme was ‘seafood’. The content was bland and the teaching was disastrous!


I enrolled for an MA in Irish after completing my undergraduate degree and it took me five years to finish that course. There were few jobs available in the country in the Eighties and I told myself that I might as well enjoy student life for as long as I could. I was teaching language and grammar classes during that time but my teaching skills didn’t improve at all!


I also spent some time doing administrative work in the Language Centre in Maynooth. One day, an American called Patricia Haslam called into my office and asked me if I would be interested in organising a workshop in conjunction with her for the part-time teachers who taught at the centre – she said she had a lot of experience in running these workshops. I attended the workshop myself and learned about the communicative approach for the first time ever. It was an eye opener for me; my teaching approach changed overnight, which meant that the learners I was dealing with no longer had to suffer through my classes.


How did you start teaching Irish to adults outside of third level? 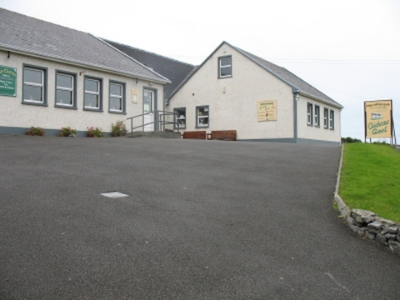 While doing my MA, I started teaching with Conradh na Gaeilge in Dublin – that was in the late Eighties. Then, in March 1991, I caused an uproar at an Éigse Uladh seminar in Gaoth Dobhair when I said that Raidió na Gaeltachta was not catering for young people at all and that the station should play English-language pop songs. The audience members were mostly elderly and some became really incensed – one called me a ‘traitor’ and an ‘Sasanach’ and another threatened me with his walking stick. But, fortunately, Liam Ó Cuinneagáin from Oideas Gael was present at the event and immediately offered me a summer job as a teacher. That changed my life and since then I’ve been very grateful to Liam for giving me that opportunity. My teaching improved a lot during my time with Oideas Gael and I had a great opportunity to test the teaching resources I was creating.


What do you do when you have free time?
I have a great passion for music - when I was in university, for example, I was a singer with two bands. We weren’t particularly good but we had a great time! I don’t sing in public now but I listen to music continually and I love going to concerts (although I haven't been to one now since the beginning of the year due to the restrictions).


I am very taken with fitness as well. I didn’t do any exercise for thirty-five years but I started running when I was in my fifties. I run two or three times a week these days and my goal is to complete a half marathon in the coming year. I also do a lot of cycling - up to 90km a week – and I also do two online fitness classes each week.


I try to eat healthy food and haven’t had any alcohol for over four years now. As I often say, I’ve given up all the things that gave me pleasure in my previous life – apart from grammar, of course.


What are your plans for the coming months?
If the virus situation doesn’t get worse in the coming weeks, I plan to spend Christmas with my family in Gaoth Dobhair – I’ve only missed two Christmases at home since I was born. When the restrictions in place in Ireland and in other countries end, I would love to do some travelling. I was supposed to visit a friend of mine, Tok Thompson, in Alaska last summer but I had to cancel that holiday due to Covid-19, which was very disappointing. I still plan to go there – I’d love to spend some time in the Alaskan wilderness there and forget about grammar for a while!