The company has eight full-time employees, and also employs many teachers all over Ireland on a part-time basis. 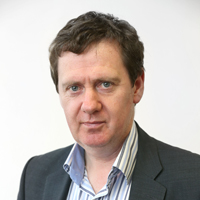 Éamonn Ó Dónaill is originally from the Donegal Gaeltacht of Gaoth Dobhair. He spent six years (1996-2002) working as Director of the Department of Modern Irish’s Language Centre, UCD, and subsequently worked as a language consultant.

Éamonn was editor of the online magazine Beo! from its establishment in 2001 until September 2007. He was also a director of Sult Ltd, the company that ran an Irish language club, Sult, in Dublin city centre between 1999 and 2007. Éamonn was on the founding committee of Raidió na Life, the Dublin-based Irish language community station established in 1992, and he spent several years broadcasting with the station on a voluntary basis.

He has been language co-ordinator of two television series aimed at adult learners: Turas Teanga, which was broadcast by RTÉ in 2004, and Now You’re Talking, which was shown on BBC and RTÉ in 1995. He also wrote the books that accompanied those two series.

Éamonn served as Gaelchultúr’s Director of Education between February 2005 and March 2021 and is currently the chair of the Postgraduate Degree in Translation. 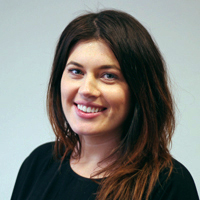 Niamh Ní Chadhla was born and raised in Tallaght, County Dublin. She attended all-Irish primary and secondary schools, and then studied Irish and German for her degree in University College Dublin. She earned a scholarship from the Irish Department in the college to pursue a masters in Writing and Communications and graduated with first class honours. She was chosen for a translation internship by the Irish Language Unit in the European Commission, where her work involved translating legislation to Irish.

Niamh achieved a diploma in project management with the Institute of Project Management in 2017. She was awarded first class honours in that particular course.

Niamh has a keen interest in the media. She wrote for the Irish language weekly Foinse for a number of years and spent some time as a presenter with Raidió na Life, the Dublin-based community radio station. 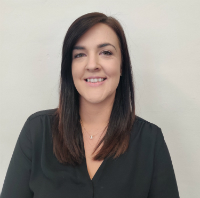 Eimear is originally from County Armagh. She did an undergraduate degree in Irish and French at Queen’s University Belfast and achieved first class honours in both subjects in 2011. She then did a masters and a doctorate in Irish in the same institution, completing her doctorate in 2017. The title of her thesis was ‘Intercultural Encounter in Irish-language travel literature’.

She has a special interest in contemporary Irish literature, particularly travel literature and emigration literature.

Eimear has spent time working on summer courses in Coláiste Gael Linn in Machaire Rabhartaigh and with Oideas Gael in the Gleann Cholm Cille Gaeltacht of southwest Donegal.

She was awarded a Fulbright scholarship in 2016 and spent a year teaching Irish in New York University and in Drew University, New Jersey. Before joining Coláiste na hÉireann/Gaelchultúr, she worked as a lecturer in Queen’s University Belfast and in University College Cork from 2017 until 2019.

Eimear started working as a lecturer with Coláiste na hÉireann/Gaelchultúr in August 2019 and she has been acting as the Institute’s Quality Assurance Officer since the summer of 2020. 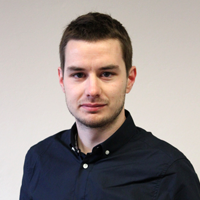 Derek is from Swords, Co. Dublin and his interest in the Irish language developed during his time at the local Gaelscoil, Scoil an Duinnínigh. He attended Dublin City University and was awarded first class honours in his degree, Irish and journalism. He earned two awards for his writing while acting as Irish editor of the university newspaper.

Derek was President of the Irish Society during the academic year 2014/15.

On completing of his degree, he spent two years working on each of Fiontar’s various projects, followed by a period as a part-time lecturer on the course he had previously undertaken. He subsequently spent some time working with the National Folklore Collection.

Derek worked as Administrative Executive with Coláiste na hÉireann/Gaelchultúr from February 2016 until July 2017, when he was appointed Academic Administrator. Three years later, in the summer of 2020, he began working as Education Manager with the Institute. 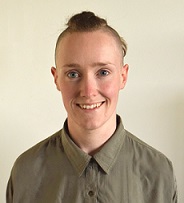 Líadan Ní Chearbhaill was raised through Irish in Dublin. She did a degree in Modern Irish and French in Maynooth University, achieving first class honours in both of those subjects in 2016. As part of her degree, she spent a year teaching English in a secondary school in Chateaudun, France. She wrote her thesis on Breton theatre.

Líadan is very interested in the world of theatre, particularly in set and lighting design. She has spent periods working on shows and tours in Ireland, as well as on festivals abroad, including the Edinburgh Fringe Festival and the Adelaide Fringe Festival. 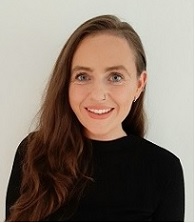 Ellen is from Shankill in Dublin. Her love of Irish stems from the summers she spent in the Gaeltacht during her school years. She went on to study Irish and Journalism at Dublin City University and graduated with a first class honours degree in 2014.

Following university, she spent a summer working with RTÉ Raidió na Gaeltachta before travelling to New Zealand, where she spent a year working and sightseeing. After returning from her travels, she worked as a Youth Officer with Cumann na bhFiann.

Ellen is interested in marketing, and social media in particular. She spent some time working as a Marketing Assistant with Tourism Ireland in London before returning to Dublin to take up the position of Marketing Manager with City Wonders Ltd in 2018.

Ellen completed a diploma in Digital Marketing and Strategy at Dublin Business School in 2019 and was awarded a first class honours in this course. She is currently working towards a Postgraduate Diploma in Technology Commercialisation with National University of Ireland, Galway.

When she isn’t working or studying, she enjoys sea swimming, drawing and playing with her daughter. 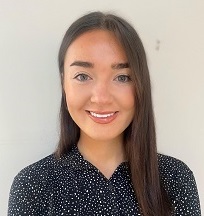 Lauren is from Dunboyne in County Meath. She attended Dublin City University where she attained a degree in Marketing, Innovation and Technology in 2020. During her degree, she completed a number of internships, where she developed a great interest in creative and innovative marketing. She began working as Marketing Executive with Coláiste na hÉireann/Gaelchultúr in November 2020.

Lauren has a great passion for the Irish language. She began attending Coláiste na bhFiann in 2011 as a student, and later worked with them as Cinnire and Ard-Chinnire. When she finished the Leaving Certificate, she began working voluntarily as a leader with Cumann na bhFiann in her local club, where she organised weekly meetings for young learners who wanted to improve their Irish.

Lauren has a keen interest in sport. She plays Gaelic football for her local GAA club, St Peter’s Dunboyne, and she also enjoys long distance running. 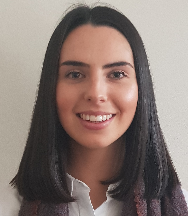 Ailbhe is from Artane in Dublin and she became interested in the Irish language while attending her local Gaelscoil, Scoil Neasáin in Harmonstown. She undertook her undergraduate degree, in Modern Irish and French, in Trinity College, Dublin.

Ailbhe has a great interest in Irish folklore and the role played by women, particularly Saint Brigid and Queen Medb, in the tradition. As part of her degree she wrote a thesis entitled Tuiscint ar Mhná i mBéaloideas na hÉireann (The Perception of Women in Irish Folklore). She graduated in 2018.

She spent some time working in AIB as a Customer Advisor, where she enjoyed interacting with customers and assisting them. She began working with Coláiste na hÉireann/Gaelchultúr as an Administrative Assistant in September 2018 and was appointed Administrative Executive in August 2019.

Ailbhe spent a summer volunteering in Mauritius, teaching English to local children and improving her French. She has a keen interest in ballet and spent 17 years in training. During that time, she completed all grades in the Royal Academy of Dance. 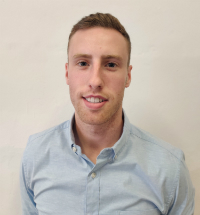 Rónán is from Perrystown in Dublin. He received his primary and secondary education through Irish before attaining a degree in Modern Irish and Sociology from Trinity College Dublin in 2019.

He has a strong interest in mythology and folklore studies. As part of his degree, he wrote a thesis titled Laochra Gael which focused on some of the most important people from the past and the influence they each have on our lives today.

Rónán also has a strong interest in sport. While in Trinity College he obtained a sports scholarship and was captain of the college soccer club as well. He has also been a member of the GAA club Na Gaeil Óga for several years now.

Since moving to Ireland, Ivana has been working as a freelance computer programmer/website designer. She was employed by Abacus Communications on the Let’s do Business project - a series of e-learning courses in the field of business English.

In recent years, Ivana has worked for various companies, including Gaelchultúr, Dúrud and Cois Life. She has done technical work on www.siopa.ie, www.clubleabhar.com, www.ranganna.com, www.gaelchultur.com and on the websites of the companies mentioned above.

Ivana is currently undertaking a degree in Mathematics with the Open University.